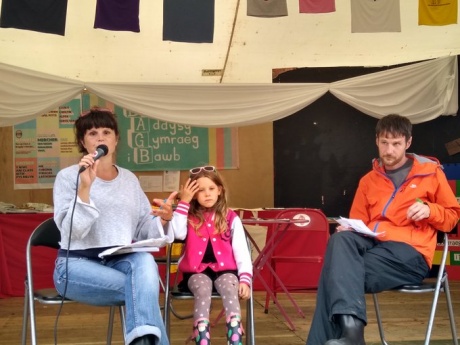 A new body to improve the presence of the Welsh language online is urgently needed because of the language’s current lack of visibility, according to a language group.

In a paper launched at the National Eisteddfod today, Cymdeithas yr Iaith will outline proposals to establish a “Menter Iaith Ddigidol” calling for a substantial budget to reflect the urgency and scale of the task with an aim of “increasing the opportunities to see, hear, create and use the Welsh language on the web and across online platforms.”

According to the group’s proposals, the new venture would be responsible for:

It is also proposed that the new digital body will be responsible for, and contribute to other conversations about, creating and releasing tools and services such as voice tools, improving the language’s infrastructure online and creating resources.

The proposals have been developed because members of Cymdeithas yr Iaith have noticed the massive gaps in provision and content online, such as YouTube. Work is already underway by other groups in the field, but campaigners argue there should be a new body which has sufficient resources to develop the language online. Before addressing a discussion at the Eisteddfod, Heledd Gwyndaf, digital spokesperson for Cymdeithas yr Iaith commented:

“The Welsh language is invisible on the web, and it’s obvious to us that it’s having an impact on the use of the language in communities, especially among children and young people. This new body is urgently needed. After all, we see that the language will be won or lost in this area, and we’re losing at the moment. This new initiative is needed to create and commission local content which is grounded in our communities and empowers and enables people to create content.

“As a mother and someone who has worked with young people, it’s blindingly obvious that there are serious gaps in the Welsh content on YouTube and online more generally. The new body will have the opportunity to identify needs such as more content, promote it and create new platforms which correspond to those in other languages and also develop original ideas. It must also look at the technological challenges which face the language online and respond to those challenges.”