National Development Framework: a fatal blow to the Welsh language? 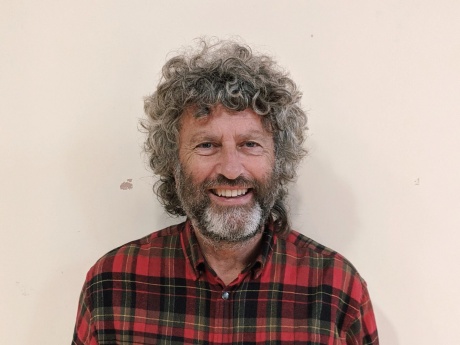 Campaigners have expressed concerns about the implications for the Welsh language in the National Development Framework, if the draft published by the Welsh Government is realised.  They claim that there could be very harmful outcomes for the language situation in Carmarthenshire and the north.

The National Development Framework sets the direction for development work in Wales from 2020 to 2040. In their response to the draft Framework, Cymdeithas yr Iaith have expressed serious concerns about the effect of the document on the Welsh language over the next twenty years.  They are particularly concerned about:

"It could be claimed that this Framework is a misnomer.  Many of the recommendations make the whole thing sound like an attempt to be part of some Western Britain Development Framework.  It's uncomfortably close to the idea of the 'Western Gateway' which attempts to tie south-east Welsh to Bristol; the 'Northern Powerhouse' which connects north Wales with northern England up to the Humber in north-east England; a the 'Midlands Engine' which drags mid-Wales further and further towards the midlands of England.  The attention paid to the Welsh language is scant and superficial. 'National Development Framework' says the Government, but 'Exploitation Framework for Wales' would be a more appropriate title.'

"There is no doubt, the proposals in this document could be a fatal blow to the Welsh language, especially in Carmarthenshire and the North. The proposals promote large developments that will promote inward migration and transport connections that are going to promote outward migration.  Without a doubt, it will undermine the Government's own language policies, including their aim of reaching a million Welsh speakers. The structure of three regions, with some members unelected, taking precedence over the priorities of the County Councils, is a way of trampling local communities underfoot in order to facilitate capitalist plans which will primarily benefit outside capital.  The Welsh language will be one of the things that are trampled."

"The needs of Gwynedd are not the same as Wrexham, but the unelected masters at a regional level are going to force local people to accept thousands and thousands of houses that are not needed by local communities.  In the same way, the needs of Carmarthenshire are completely different to Swansea, but again, by creating false regions that are completely unsuitable for the needs of the Welsh language and local communities, the Government is proposing to force them to accept totally unsuitable developments.  And, in the North-East, there isn't even any encouragement in the Framework to develop Welsh as the main community language in a single new community. Throughout there is a complete lack of consideration of the dangers and the opportunities of proper planning to the Welsh language.

"The proposals also are remarkably undemocratic, forcing local councils to combine local development plans and forcing authorities to submit Strategic Development Plans.  As a result of these changes it will be nearly impossible for local communities to challenge large developments on their doorstep and it will be difficult to argue that the new system respects local democracy.  It is not an accident that there is emphasis on developing Cardiff Airport and yet there is not the same emphasis on developing public transport which would be of direct benefit to Wales, for example, a railway line from Aberystwyth to Carmarthen."

The consultation on the proposed National Development Framework ends on Friday 15 November.