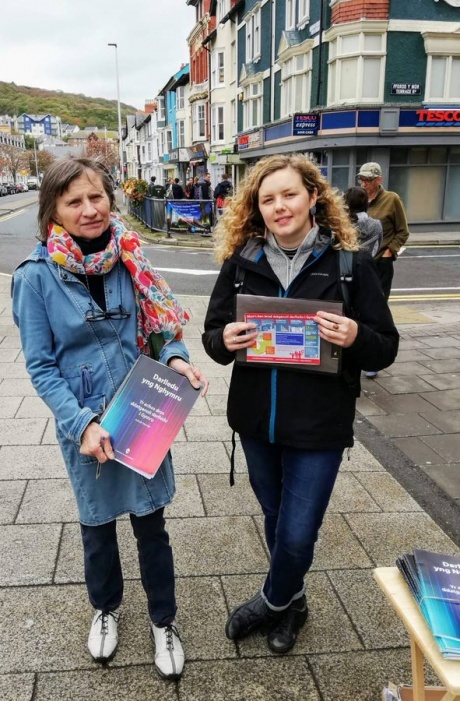 Following press reports that the UK Government is threatening the licence fee, campaigners have claimed that the devolution of broadcasting powers to Wales is essential in order to defend and strengthen public service broadcasting .

According to reports in the Sunday Times, the UK Government wants to turn the BBC into a subscription service. At the moment, the majority of S4C funding comes from the licence fee.

Campaign group Cymdeithas yr Iaith says securing broadcasting powers for Wales is essential to sustain the country’s young devolution settlement. According to opinion polling, fewer than half of the Welsh public know that responsibility over health is devolved to the Senedd in Cardiff.

“The Tories are running a vicious ideological war against public service broadcasting, and we in Wales must stand up to it. This is the climax of a decades-long deregulation of broadcasting and communications which has left our democracy, our language and our communities more poorly served, and all for the benefit of big business. The answer is simple: decisions over broadcasting in Welsh should be made by the people of Wales.

“For example, how on earth can the MP for Hertsmere be qualified to decide onf the fate of Welsh broadcasting? It’s hurtful and insulting - how is he going to understand our situation?

According to a YouGov opinion poll, 65% of people in Wales favour devolving powers over broadcasting to the Senedd in Cardiff. Bethan Ruth added:

“In the present environment, devolving powers over communications and broadcasting is even more essential to defend and strengthen public service broadcasting in Wales. It’s a fight for the future of our language, our communities and for our democracy. Democracy is impossible without powers over the media moving from Westminster to Cardiff and a media which reflects our values and our culture - so that we see the world through a Welsh window. Devolving the broadcasting system is as important as devolving the political system itself."

“We’re pleased to see more and more support from the Welsh Government and others for the campaign. Decisions about broadcasting in Wales should be made by the people of Wales. We've had enough of the Government in London cutting the Welsh media, and presiding over a system which gives so little attention to Wales and doesn't reflect our lives.”

Cymdeithas yr Iaith has published a policy document explaining how to fund a devolved broadcasting system. Their document says that devolution would release extra funds for Welsh and community broadcasting via the licence fee and new levies on companies like Netflix, YouTube a Facebook. They claim new digital ventures and extra Welsh TV and radio stations could be created when powers have been transferred from Westminster to the Senedd.