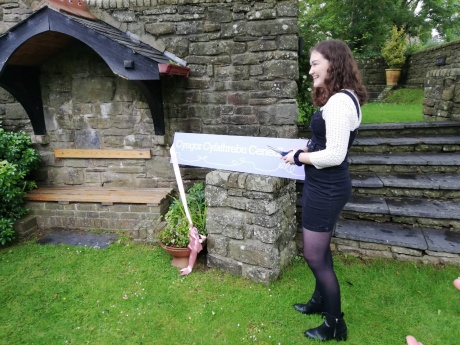 A new body to oversee broadcasting in Wales, to replace the present UK regulator, will be launched at a meeting in Carmarthenshire today (Monday, 24th June).

The announcement about the creation of a shadow communications body for Wales follows a series of controversial decisions by the existing regulator, Ofcom, which, according to the founders of the new body, is ‘undermining Wales and the Welsh language’s place in the media’.

This year, Ofcom, or the Office of Communications, allowed Welsh breakfast shows on Capital radio to be abandoned with a show broadcast from London instead. Ofcom officers in London have also given the go-ahead for Radio Ceredigion, which serves an area where around half the population speak Welsh, to broadcast not a single word of the language. The regulator argues they have no powers to make the Welsh language a condition for awarding a radio licence, but the Welsh Language Commissioner disagrees saying it is possible under existing law.

Speaking at the launch in Hendy-gwyn ar Daf, Member of the Youth Senedd, Lois Campbell, is expected to say:

“This is another step forward in the process of devolving broadcasting to Wales. It’s just common sense that decisions about broadcasting in Wales are made by the people of Wales.

“From the early days of the campaigning for self-government back in the fifties, Labour, Liberal and Plaid politicians assumed that broadcasting would be part of the devolved settlement. In devolved countries like the Basque Country and Catalonia, powers over this area have been devolved for decades, and their media is far more devolved as a result - with several TV channels and radio stations of their own.”

“The present system is undermining Wales and the Welsh language’s place in the media. There’s no doubt about that, and their determination to serve the interests of big business at all costs is making things worse and worse. The present system is a real threat to Welsh democracy and the Welsh language. So today, we are moving ahead with the process to correct this injustice. This means ending Ofcom’s influence in Wales and establishing Wales’ own Communications Council.”

“The Cyngor Cyfathrebu Cenedlaethol (National Communications Council) will create a regulatory structure for broadcasting and communication, developing policies and outlining the steps needed to devolve the powers to Wales. The Government has refused to do this work, so we’re pushing ahead ourselves.”

The public can nominate anyone to be a member of the board of the ‘Cyngor Cyfathrebu Cenedlaethol’ (National Communications Council) by visiting cyfathrebu.cymru. The names of those who elected to the board will be announced at the National Eisteddfod in August.