Students Call for a Welsh-Speaking Vice-Chancellor 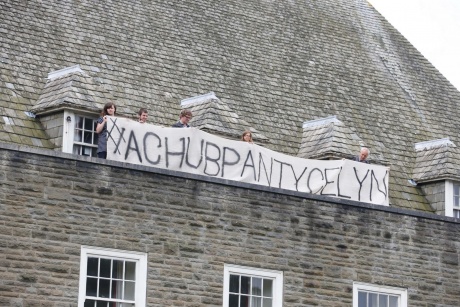 Aberystwyth University have announced that they will use an outside company to search for candidates for the Vice-Chancellor’s job  - and they are asking for feedback and ideas.

He added that he expects the recruitment process to be completed by December, and that the company is “keen to further understand the opportunities and challenges facing us, and the skill set the next Vice-Chancellor will need in order to address these issues.”

Cymdeithas yr Iaith’s Pantycelyn group have said in the past that fluency in Welsh is very important to the job.

Elfed Wyn Jones, Chair of Cymdeithas yr Iaith’s Pantycelyn group said:
“We’re suspicious that the University are using a recruiting company since this suggests that the University and the company are seeking applications widely. We have said in the past that the Vice-Chancellor of the University needs to be able to speak Welsh fluently in everyday work, and to understand the Welsh-speaking community in the university.
Although it’s expected that learning Welsh would be a condition of the job, the present Vice-Chancellor promised to learn Welsh before she was appointed, and she hasn’t done this.”

The students are also questioning the cost of this sort of process.

Since February 2016, Professor John Grattan has been working as the Acting Vice-Chancellor, and he is not fluent in Welsh.
Ideas can be sent to AberystwythVC@perrettlaver.com