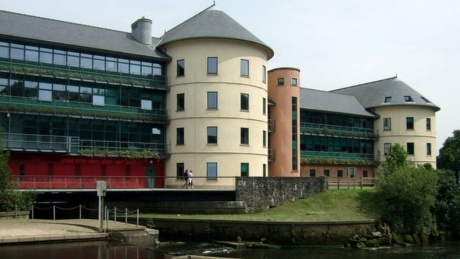 Campaign group Cymdeithas yr Iaith has welcomed a tribunal's decision to refuse a bid by Pembrokeshire County Council to block rights for vulnerable people to receive services in Welsh.

The local authority had attempted to challenge a duty imposed on the authority to provide simultaneous translation in meetings with individuals to discuss their well-being so the discussion could take place in Welsh.

Responding to the decision, Bethan Williams from Cymdeithas yr Iaith Gymraeg commented:
“It was irresponsible, insulting and wasteful for the Council to go through this process in order to deny people the right to use Welsh. We were expecting no less from the Tribunal, especially considering the weak arguments made by the Council in challenging this duty. We are glad the Tribunal has agreed with our arguments, and the Commissioner's arguments. We are not going to let some of the most vulnerable people to be denied basic Welsh language services when they are most needed."
"Pembrokeshire County Council have opposed the new Welsh Language Standards every step of the way. Having said that, we were shocked that they went as far as to challenge these duties in the Tribunal, especially for these Standards that involve vulnerable people. We hope the Council will now put in the time and effort to increase their Welsh language provision, and train and support their staff to be able to work in Welsh, instead of wasting time and money on legal action to deny people basic rights to use the Welsh language."

The Tribunal's decisions in considering Pembrokeshire County Council's arguments are scathing:
"If the Applicant wished to persuade the Tribunal that the requirements of standards 26A and 29A are too onerous, because it would not be possible for the Applicant to conform to them in a way that would coincide with the Applicant’s other responsibilities towards vulnerable people, they should have been in a position to discuss the difficulties openly and in detail, on the basis of evidence, instead of relying on sweeping generalisations."

Full details of the Tribunal's decission can be seen here