CYMDEITHAS THANK COUNCIL AND TELL EDUCATION MINISTER "Over to You !" 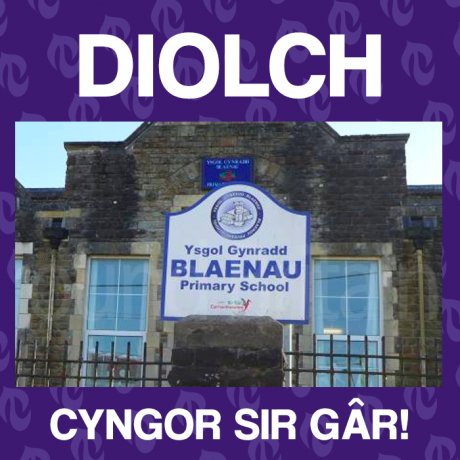 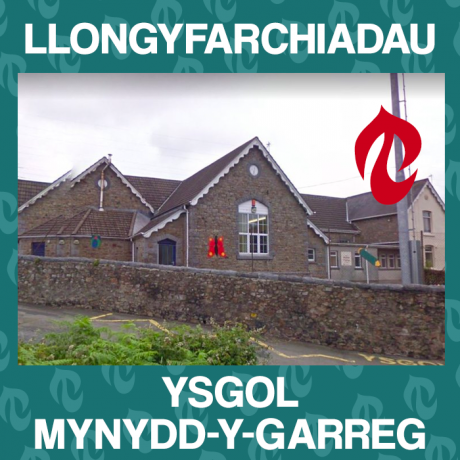 Cymdeithas yr Iaith has thanked Carmarthenshire County Council's Cabinet for their decision to save Ysgol Blaenau and Ysgol Mynydd-y-Garreg, and has called on the Education Minister to now give clear and practical support to maintain the long-term sustainability of the schools

On behalf of the Carmarthen Region of Cymdeithas Ffred Ffransis said "We appreciate the Council's willingness to listen and to accept the impassioned and reasoned pleas made by Gvernors and the communities of Mynydd-y-Garreg and Blaenau, and we would publicly like to thank these communities for their brave stand, and for giving new hope to many other communities in Wales. The future of these two schools is now as secure as that of any other school in Carmarthenshire. We support also a review of the euphemistically-named "Modernising Education Programme" in Carmarthenshire as this has cast a shadow over the future of dozens of rural schools for the last 16 years. All must be invited to participate in the drawing up of a new constructive plan based on co-operation.
"We now expect clear guidance fronm the Education Minister that small schools also will, where appropriate, be granted funds for capital improvements to buildings as LEAs are even now labouring under the misimpression that they must offer to close rural schools in order to gain investment for larger urban schools. In their report to the Cabinet, Education Officers said re Ysgol Mynydd-y-Garreg "it is unlikely that an application for funding to renovate the school would be successful as this would not be considered to be strategic enough, considering that a further two investment projects were taking place in the area." The officers were thereby under the impression that central Government would have granted funding only to the two schools in the town of Cydweli, and therefore Jeremy Miles must publicly state that rural schools also deserve a fair share of investment. It is completely unacceptable that the Minister's officials, in a reply to Cymdeithas yr iaith, sought to mislead by referring to the automatically distributed Small Schools Grant, and to the funding available for reducing class sizes which tends to be irrelevant for rural schools. They disingenuously ignored the fact that no capital funding has been awarded anywhere for improvements to the buildings of rural schools. The Minister must now state categorically that this will change.

Ffred Ffransis added "Carmarthenshire County Council must also play its part in securing na sustainable future for these two schools by allowing them to accept pupils at 3 years age. The same Cabinet meeting approved a plan to lower the starting age for pupils at Ysgol Swiss Valley from 4 years to 3 years, accepting the rationale of Officers "The proposal aims to provide equal provision within the Llanelli area, aligning Ysgol Swiss Valley with neighbouring schools that are already 3-11 schools". Exactly the same argument is relevant to Ysgol Mynydd-y-Garreg which is not allowed to accept pupils until 4 years old whereas the two schools in Cydweli town accept pupils at 3 years.
"The decision means that a majority of school place in the Cydweli area will now be in Welsh-medium education, and that pupils from Mynydd-y-Garreg will not now be lost to English-medium education at the new-build in Cydweli."